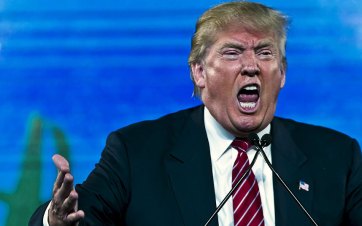 I’m going to make a bold statement:  We are suffering from a lack of moral outrage in this country.

You may well answer: Have you read the internet comment section lately?

Ok, I will amend my statement: We have wasted our moral outrage on all the wrong things.

Have you seen the incredible open letter from Dana Schwartz to her boss, Jared Kushner, the son-in-law of Donald Trump?

You should.  It’s impressive.  She calls out Kusher for his failure to condemn his father-in-law’s tweet of an anti-Semitic image.

Now, you may say that my outrage  is misplaced.  So what? Donald Trump tweets an anti-Semitic image.  As my people would say, “Why is this night different than all others?”

But my outrage is only peripherally at Donald Trump.

My outrage is not about the tweet he sent, but the ones Dana Schwartz received and the relative silence about those tweets.

Let’s look at them, shall we? 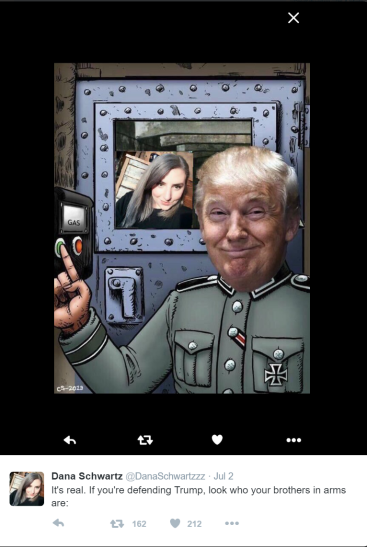 That’s a gas chamber with Dana Shwartz’s picture in it.

This is the filth that Donald Trump inspires and encourages.

This is the filth that Donald Trump will not condemn.

He hems. He haws.  But he never denounces.

And so the hate groups know Trump is one of them. 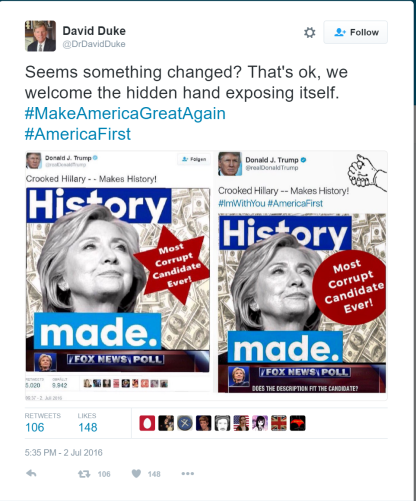 So- here is my outrage.  A Jewish reporter receives images of freaking Anne Frank in an oven and Donald Trump won’t distance himself from it.

As Schwartz eloquently points out to Kushner, “The worst people in this country saw your father-in-law’s message and took it as they saw fit. And yet Donald Trump in his response chose not to condemn them, the anti-Semites who, by his argument were obviously misinterpreting the image, but the media.”

No, candidates do not have to disavow everything their supporters say.  But when a candidate becomes the poster child for hate groups, that candidate has a moral responsibility to say, “no, that doesn’t represent me and that kind of language and sentiment is vile and reprehensible.”

But Donald Trump doesn’t do that. Which means whether he is an anti-Semite or not is beside the point.  He sows this.  It is his crop.

My outrage is also at the media- but not for the reasons that Trump disingenuously uses as an alibi for his dog whistles.

I am outraged that the coverage of this has been mostly about the strategic elements of Danna Schwartz’s letter, not the content.

She tried to shine a light on the hate that everyone would prefer stay in the shadows.

The problem is the Donald Trump supporters who spew hate.

The problem is the Donald Trump supporters who excuse hate.

The problem is the Donald Trump supporters who pretend that pointing out the hate is somehow itself hateful.

My outrage is that 40% Americans don’t seem to care about Donald Trump’s racism, misogyny, xenophobia—let’s just call it all bigotry.

We save our outrage for parents whose children are killed by wild animals.

There’s nothing to see.